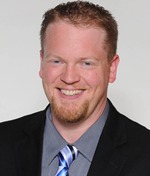 The Wages of Sin

ABOUT THE AUTHOR - Rustan Robertson

From an early age, I had a keen interest in the fascinating and rich history of my hometown of Sedro-Woolley, Washington.  When I was in the 8th grade, I joined the local Museum Committee and helped to fund and build the Sedro-Woolley Museum, which opened in 1993.  During this time, I learned of the “Great Sedro-Woolley Bank Robbery of 1914”, and was intrigued by the depth of the story.

In high school, I began researching the bank robbery story in great detail, spending nearly two years and hundreds of hours digging through old newspapers and public records from Skagit County to Canada, following leads and clues, and cross-referencing details.  I had the good fortune to be able to interview both the daughter of head cashier John Guddall, and the son of Skagit County Sheriff Ed Wells.  I found the graves of young Melvin Wilson and Canadian officer Clifford Adams, as well as the unmarked graves of two of the four dead bank robbers.  And I was thrilled to come to the realization that not only was this event well documented in writing, but a series of over 100 glass lantern slides had been produced with spectacular shots of the aftermath of the robbery, which you will see in the pages of the book.

After wrapping up my research as part of my high school Senior Project in 1996, my materials gathered dust until 2014 when I decided to partner with the Sedro-Woolley Museum to produce The Wages of Sin in commemoration of the 100th anniversary of the robbery.  The Museum had teamed up with the Washington State Archives office to scan the original glass lantern slides to digital formats, so this was a great opportunity to combine the photos with the story to produce a complete account of the events that took place in October of 1914.

If there is one lesson from this story that stands out from others for me, it is that history is happening around us every single day, and it’s there for us to record and remember - today.  The community members in 1914 could easily have cleaned up and gone on with their lives.  Instead, somebody had the foresight to produce images to record this series of events, and those historical assets have lived on.  I am forever grateful to those individuals, and I hope you enjoy this snapshot of history.